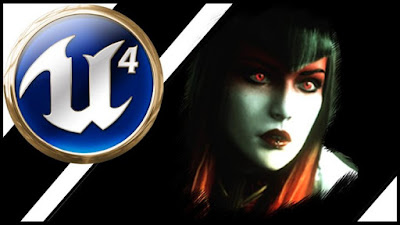 Description
In this game design course, I'll be guiding you step-by-step through the construction of a custom made CHARACTER SKILL SYSTEM using Unreal Engine 4:  THE premier free to download gaming engine!  (AND the SAME engine used to build "Fortnite.")

This course contains over 145+ fun to follow video lessons.  Topics covered include:

How to create a 3D Sidescroller Project in Unreal Engine 4

Transform into Mist (allows you to pass through gates)

How to retarget Skeletal Meshes and Animations

How to create and edit an Animation State Machine

With the knowledge gained in these video lessons, you will be armed with the necessary skills to start building your OWN character skill system (WITHOUT any programming knowledge needed)!